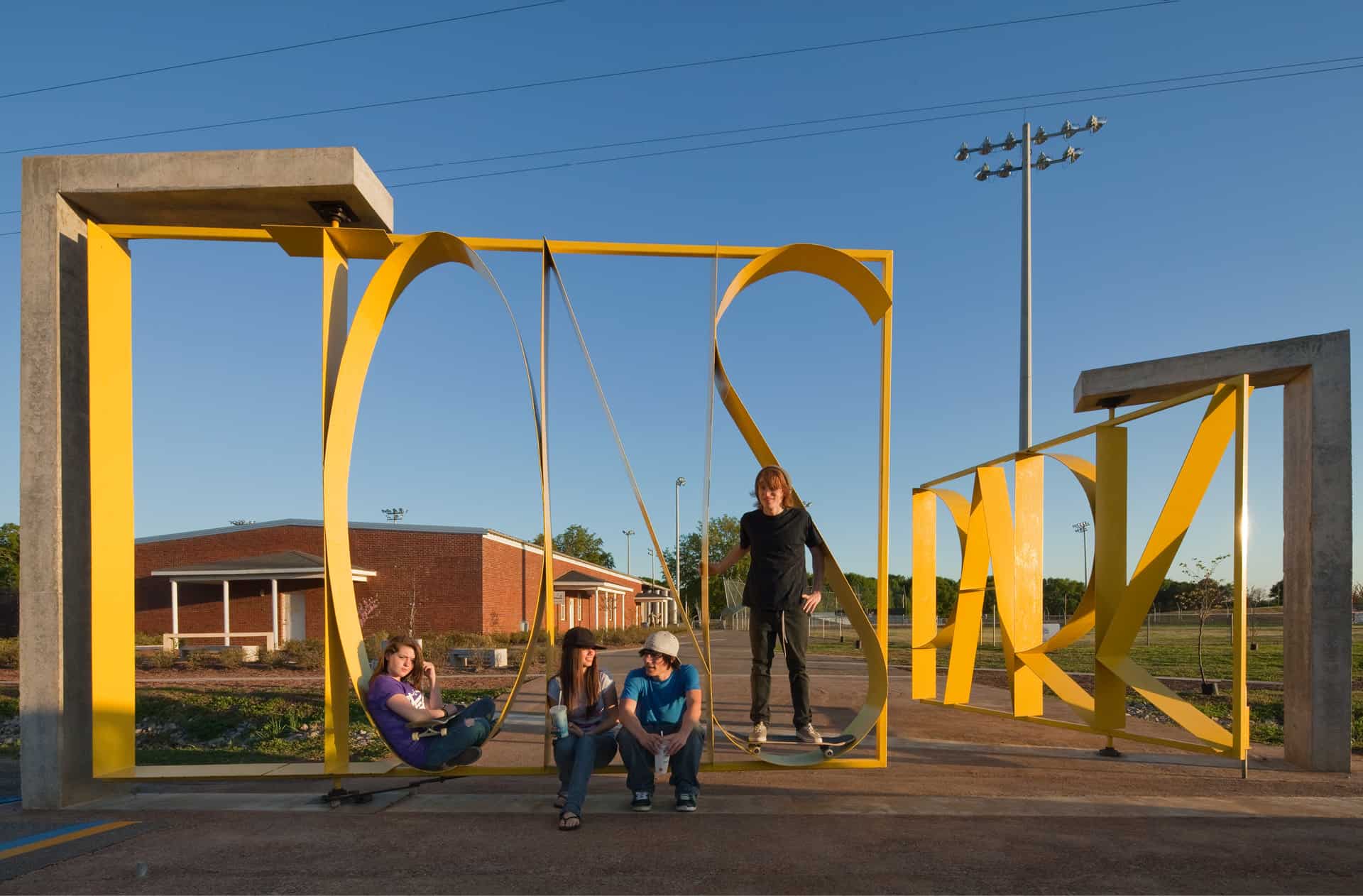 Lions Park is a 40-acre park in Greensboro, Alabama, that is jointly owned by Hale County, the City of Greensboro, and the Greensboro Lions Club. The park has always been an actively used resource in the city; however, the local community realized that the park's configuration was not functioning to its fullest potential. But they did recognize it as an unrequited opportunity and resource. So in 2000, the park’s owners and users established their representative group, the so-called Lions Park Committee, which in turn contacted Rural Studio about undertaking a visioning process. At that time the Studio had no practical experience of multi-phased, large-scale landscape projects, but in 2001 the Perry Lakes Park four-phase landscape project changed the game. So when in 2005 the committee came back to Rural Studio with the desire to creating a new vision for the Park, the challenge was gratefully accepted.

In 2006 the first team established the way for student teams to work on the project. They worked with the community to address an overall strategic plan vision for the Park, and then they tackled one piece of that plan. They started with the main tenant of the Park, the Greensboro Baseball Association, and its ball fields. The plan would help define the geometry and layout of the whole Park for future projects. That first year, five 5th-year students began the design and construction of “Grand Central,” a social hub surrounded by the home plates of the baseball fields that creates a gathering place for parents to socialize while their children play in the surrounding six baseball fields.

Future phases of student teams work tackled building infrastructure, such as a concessions stand, restrooms, and a playground; landscaping; and creating exercise stations, a skatepark, a soccer field, and a Scout Hut. Today the Park’s management, and ownership, has been handed over to the City of Greensboro who, with the help and contacts of Rural Studio, established a Parks & Recreations Board.