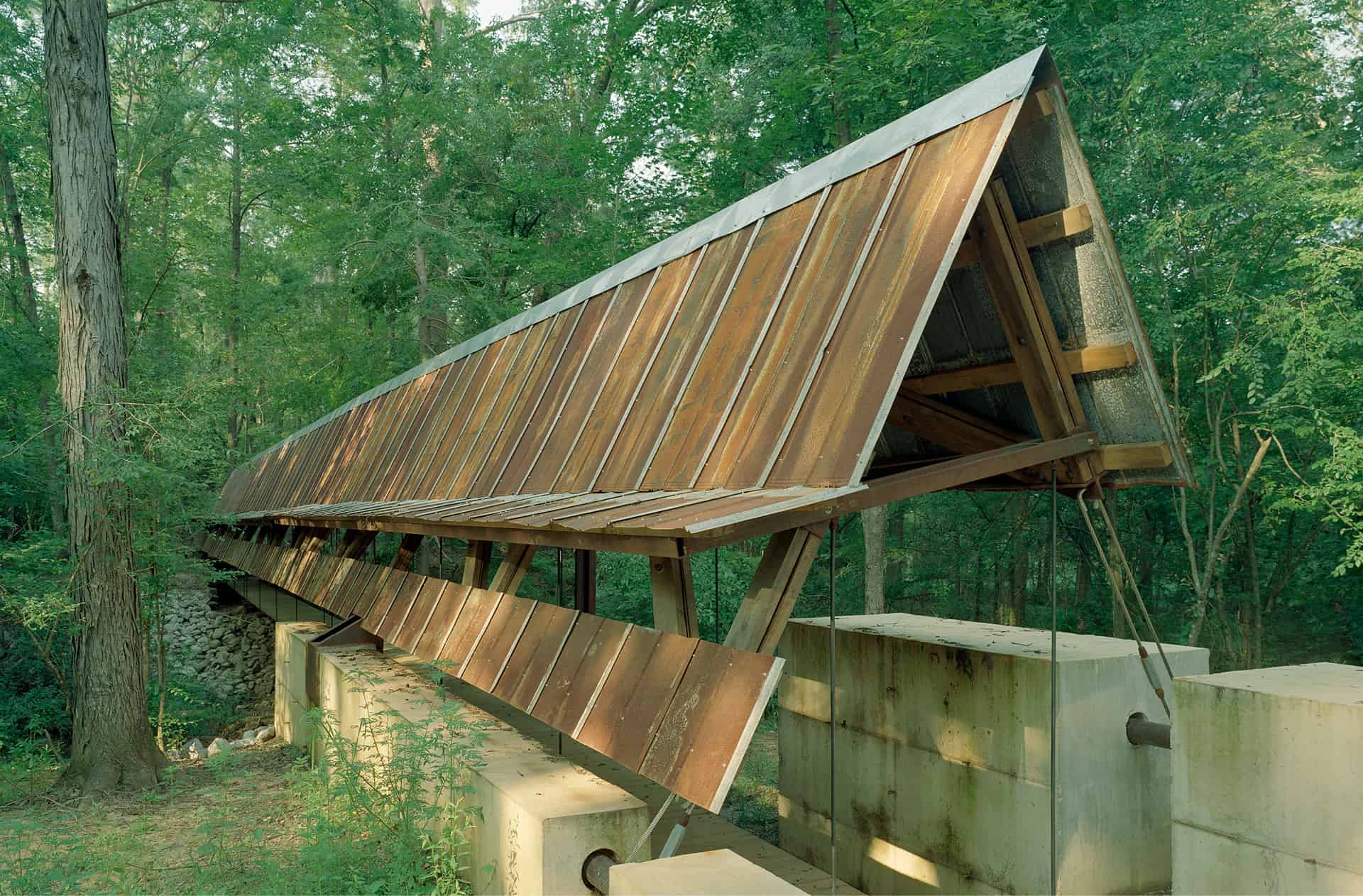 Perry Lakes Park is part of a 600-acre nature preserve in a swampy bottomland hardwood forest along the Cahaba River. The park, originally constructed in 1935 by the Civilian Conservation Corps, is the only publicly owned recreation space in Perry County, but had been closed for two decades.

In the early 2000s, a group of local leaders—Perry County Judge of Probate Donald Cook, Judson College biology professor Thomas Wilson, Ed Daniels (Mayor of Marion), Albert Turner, and Jonny Flowers (Perry County commissioners)—along with representatives from Alabama Power and the Fisheries and Wildlife Commission applied for and received an RC&D grant to reopen the park. The group approached Rural Studio for help because they wanted a project that could bring attention to the park and its extraordinary natural landscape. Rural Studio eventually designed and built four projects in the Park: a pavilion, restrooms, a covered bridge, and a birding tower. The four-year, four-phase adventure was the first large-scale landscape project for Rural Studio. The phasing allowed gradual development with limited funds with each student team reflecting on and addressing the strategic plan and a single phase of design and construction in each year.