A major goal of the Front Porch Initiative is to expand home ownership in areas outside Rural Studio’s service area of West Alabama. Recently, we collaborated with another studio within Auburn University’s School of Architecture, Planning and Landscape Architecture (APLA) and the McWhorter School of Building Science (BSCI) as well as Auburn Opelika Habitat for Humanity to build two homes in Opelika, Alabama. The design of these two projects is based on 20K Buster’s Home. The homes for this collaboration were optimized for energy efficiency using different efficiency standards, which offers the opportunity to study two models of energy consumption. Additionally, both homes are designed to provide beyond-code resistance to damage from high winds and blowing rains.

The first house, dubbed House 66, is Passive House Institute US (PHIUS) certified, which requires homes to be super-insulated, minimize air leakage through a tight envelope, have high-efficiency windows and doors, active ventilation, and energy efficient equipment. The house was also built to the Insurance Institute for Business and Home Safety’s FORTIFIED Home – High Wind standard, which certifies that a home’s construction strengthens it against severe weather. House 66 is the first home in Alabama to receive PHIUS certification and, as far as we know, the only house in the country ever certified both PHIUS and FORTIFIED Gold. The second house, House 68, is built to Zero Energy Ready Homes (ZERH) and FORTIFIED standards. Though not as stringent as PHIUS, ZERH also focuses on energy efficiency and preparing the home to adapt to renewable energy sources as they become available. Both House 66 and House 68 have a HERS rating of 38 (learn more about the HERS index here), but our energy models predict that it will cost approximately $100 more in energy costs per year to operate House 68. These costs can further offset by the installation of a photovoltaic (PV) panels, also known as solar panels, which generate energy. A PV system has already been installed at House 66, where excess energy produced is fed into the local energy grid.

Each house is also outfitted with monitoring devices to collect data about energy usage at the level of the individual circuit. David Hinson of APLA is co-leading the project and explains the research: “We will monitor the actual operating costs […] and compare the operating savings against the cost of incorporating these special features. Our aim is to find the balance point between the initial cost of constructing the home and lower operating costs that results in the best long-term solution for the families.” Along with Hinson, Mike Hosey of BSCI and Mackenzie Stagg of the Front Porch Initiative have received funding to analyze the data collected at the homes. Analysis of this data will help us better understand which changes to the building design have the largest impacts on energy consumption.

At the 2019 PHIUS Passive House Projects Competition, House 66 was awarded Winner of the Affordable Category.

The Thermal Mass and Buoyancy Ventilation Research Project Team got out of Newbern last week and into the field, sawmill, and lab!

The first field trip of last week was to Charlie’s sawmill. Charlie is a retired engineer, woodworker, and long time friend of Rural Studio, having helped with the Greensboro Animal Shelter. The team met Charlie at the Animal Shelter during neckdown week, where he was leading the project to revamp the kennels.

Charlie has a “hobby mill” he has been building up over the past years. He works mainly with salvaged wood and timbers making furniture and folk art. After the team got a tour of Charlie’s sawmill, he treated them to lunch and a brief presentation on wood. Even more than lunch, Charlie has offered the team use of his sawmill. Charlie has a passion for helping others and great deal of building knowledge, the team feels very lucky to have met him! Thank you Charlie!

Next, the TMBVRP team met up with Professor David Kennedy in the material testing lab at Auburn University’s College of Mechanical Engineering to test the thermal properties of their concrete samples. These samples were made using three different concrete mixtures, high finish, fiber-reinforced and 100% Portland cement. The objective was to find the exact heat capacity, thermal conductivity, and effusivity of each mixture. Knowing the specific thermal properties will help eliminate variables in the math when evaluating how the Optimal Tuning Theory is working.

David gave the students a crash course in scientific testing procedure. When conducting such tests, everything needs to be documented. The samples were marked, 10 of each mixture, measured for thickness and diameter, and weighed. The specific volume and density were then calculated for each sample before testing. The sample was again weighed after the test had run. Everything needs to be documented!

Next, the team will analyze the data and recode the Thermal Mass and Buoyancy Ventilation proportioning application with the specific thermal conductivity results. We’ll talk to you soon!

Based on our design development thus far, we have decided to incorporate a pole barn structure into our 20K Home design this year. In order to learn more about these type of structures and who is already building them in our community, we set off to do more research.

Typically, pole barns in this area are constructed using treated 6×6 wood posts and trusses composed of metal tubes, with either wood or metal purlins. We started talking with local contractors and manufacturers to get a better sense of pricing, construction options, details, and construction timeline.

After talking with Allen (one of the local pole barn contractors) he invited us to shadow him as he put up a 40′ x 120′ pole barn with his crew. On the first day the team installed all of the posts and cast the footings. We also helped them as they prepared for truss installation by establishing a datum to measure from.

On the second day: the team chopped the tops off the posts to level them, bolted the two halves of the truss together, and then raised them up atop the posts. It was helpful for us to observe the process and ask questions of the guys who do this every day. They’ve been an invaluable resource in helping us understand the possibilities and limitations of pole barn construction.

In conjunction with our research, we are continuing to design. We’re focusing on the “L” scheme with porches on two adjacent sides. We’re now diving further into the sectional implications of putting a small house under a big roof. We’re investigating different facade and insulation strategies and diving further into the details.

The Front Porch Initiative seeks to expand the reach and impact of the ongoing research, design, and construction work at Rural Studio. Capitalizing on over 25 years of work in West Alabama, our goal is to use the deep knowledge of quality home building developed by students in Hale County to promote quality home ownership in other underresourced rural areas.

Over the last 15 years of focused research and development on rural housing, student teams have continually built on the previous work of their peers, with an increasing focus on how each home is designed for both construction affordability and optimized performance. The result is a line of homes that are designed to be durable, efficient, resilient, and healthy. The Initiative aims to offer quality housing products in communities across the South and Appalachia (climatic regions most amenable to the 20K Home design) as well as offer our knowledge and technical assistance to housing providers more broadly.

“Good housing is a fundamental human right. It improves health, economies, and communities. Our goal is to provide access to beautiful, dignified, equity-building homes for our rural communities.”

The Initiative is collaborating with a range of government, NGO, and industry partners to tackle the issue of the lack of housing that is affordable, both through the construction of high-performance homes and by lowering the financial barriers to home ownership, including mortgage requirements, insurance costs, zoning, and permitting challenges.

The Initiative currently has a variety of projects and collaborations underway across the Southeast, and we look forward to regularly sharing more details about our partners and continued progress over the coming weeks, months, and years. Stay tuned here to follow along!

The Thermal Mass and Buoyancy Ventilation Research Project is testing a new theory that properly proportions an internal thermal mass to promote ventilation, thus moderating the temperature of the space. The team will use the theory to design, build, and test a building to understand how the proportional theory works in the field. The theory is the work of Salmaan Craig, an engineer, designer, and current professor at McGill University in Montreal, Canada. The team will be working closely with Salmaan and his colleague at McGill, architect Kiel Moe. In addition to promoting ventilation, another goal of the thermal mass is to explore how it can incorporate other components of the building that are typically separated (i.e., structure and interior systems). The thermal mass itself will be made of only one material. Limiting the number of different materials in the projects allows the team to understand the emergy of each material being used.

Some key terms to help understand the T.M.B.V. Research Project:

The team has been researching materials and construction methods for building a thermal mass. They also got the chance to work with the Mass Timber Breathing Wall Research Project Team pouring concrete for their pod.

Please check out the paper, The optimal tuning, within carbon limits, of thermal mass in naturally ventilated buildings by Salmaan Craig to learn more about Thermal Mass and Buoyancy Ventilation. Find it here: https://www.sciencedirect.com/science/article/pii/S0360132319305839 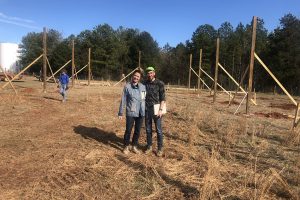 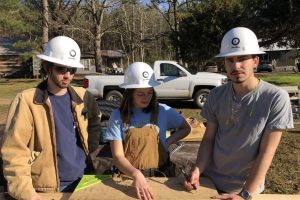 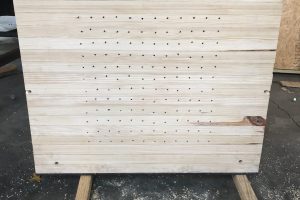 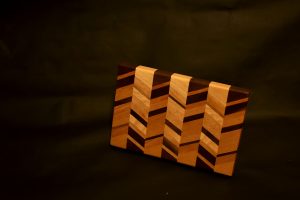 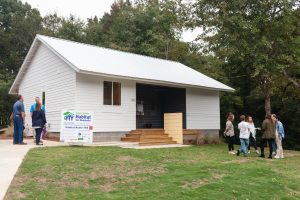 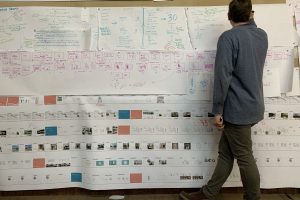 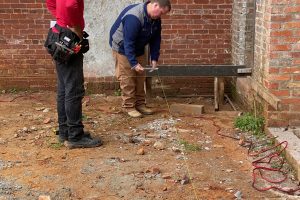 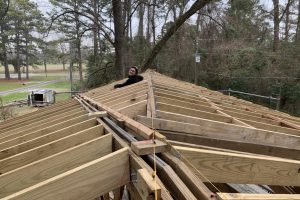 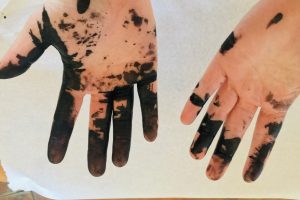 On & Beyond the Chair Class 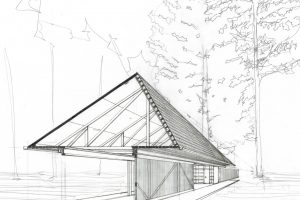 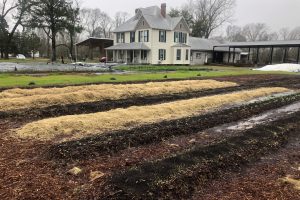 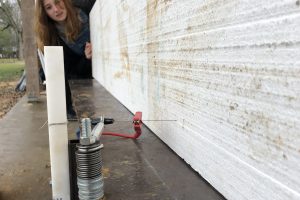 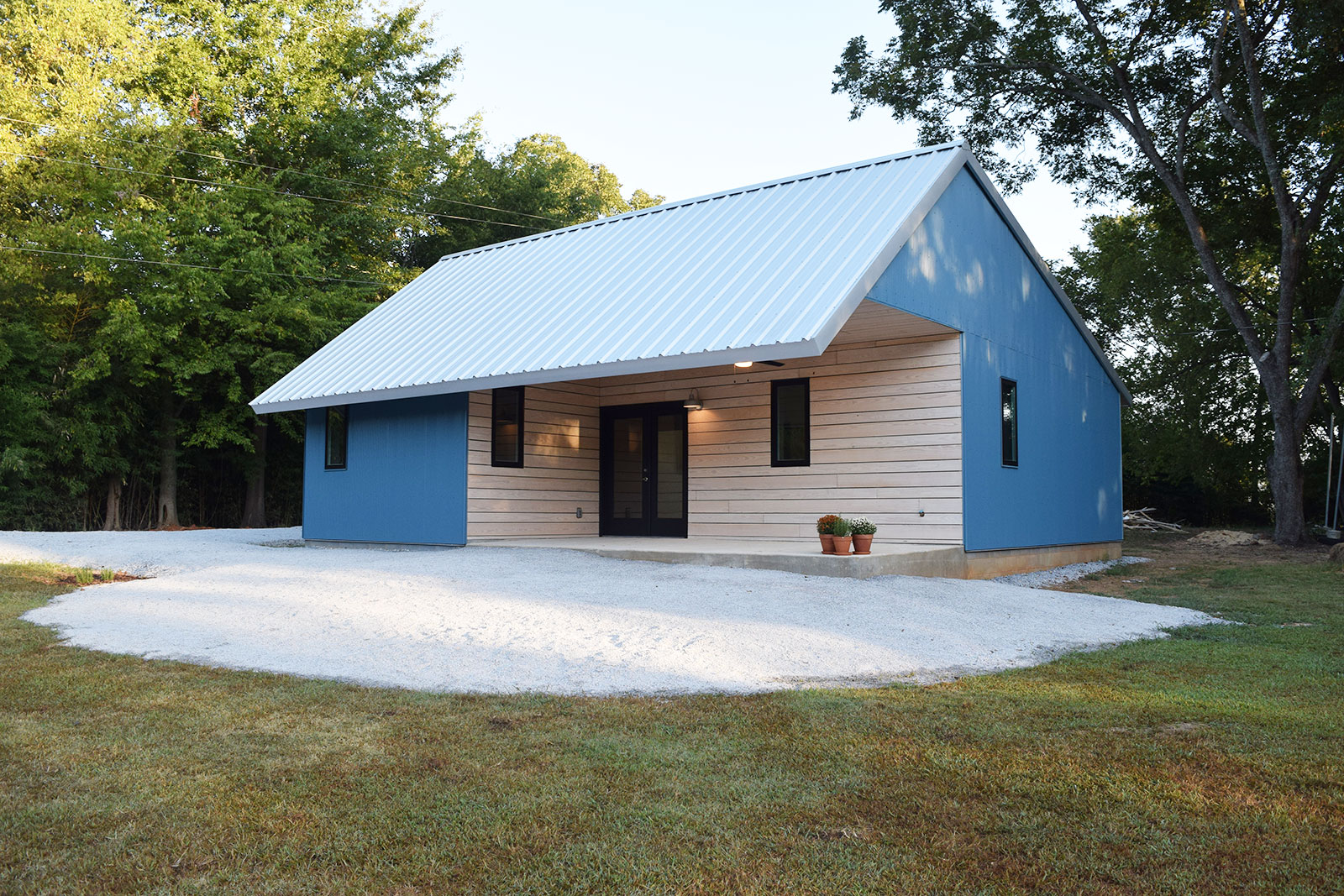 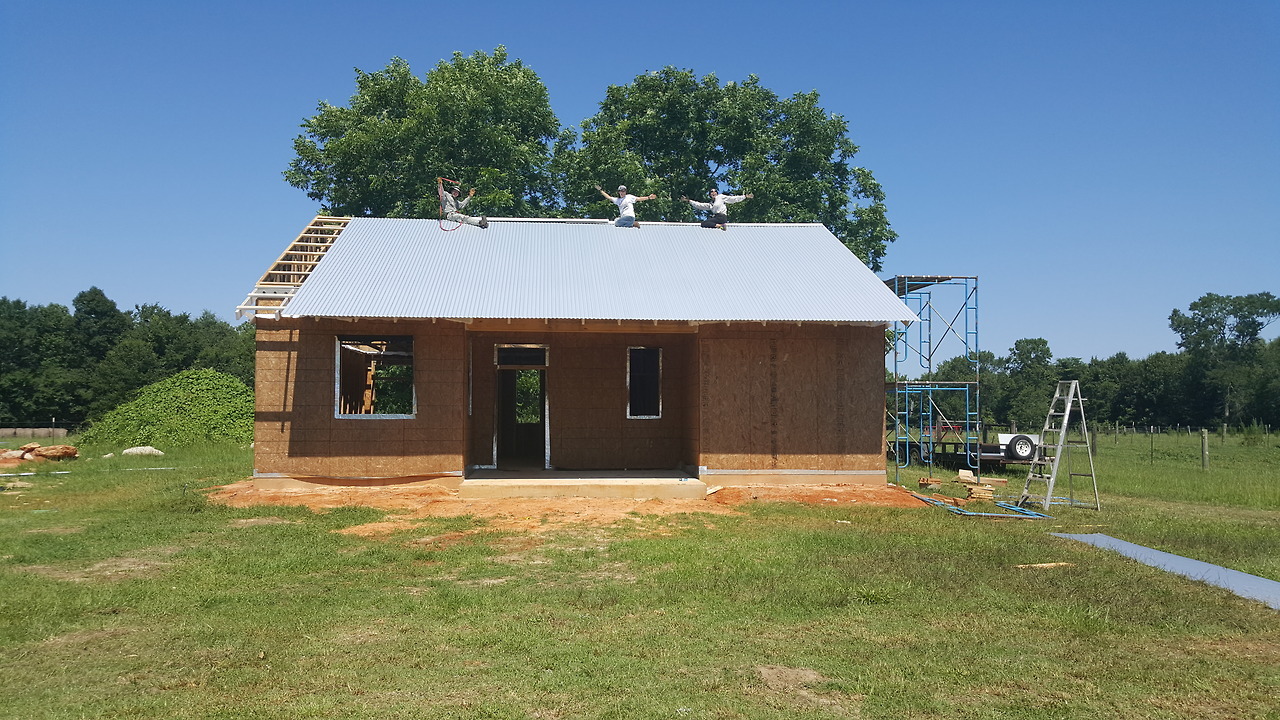 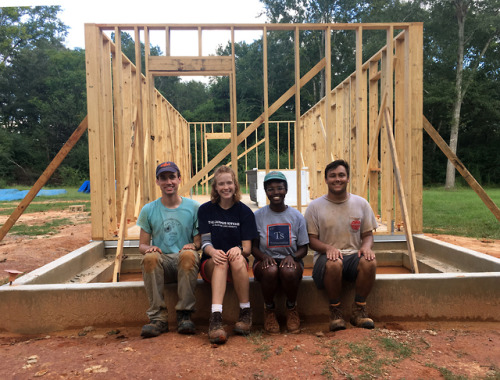 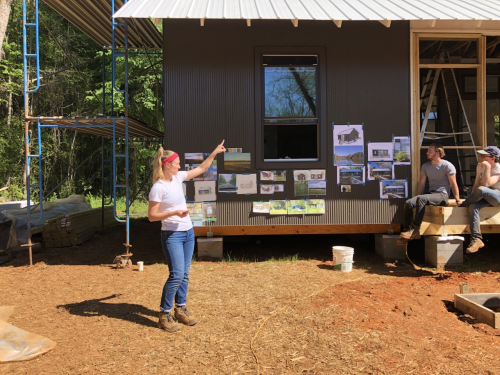 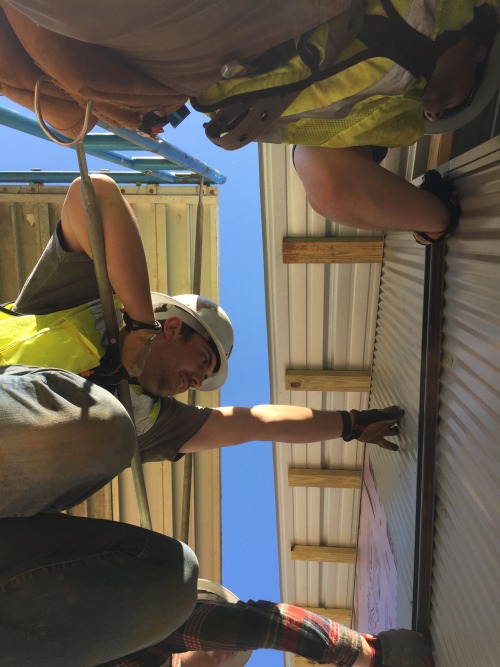 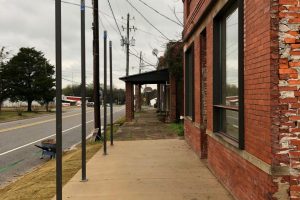